In a much-cited interview, Tadeusz Kantor noted that in interwar Poland ‘there was no surrealism because Poland was dominated by Catholicism’ (Literatura, no. 8: 1985). This pithy statement gets to the heart of the matter as far as this gap in the canon of Polish contemporary art is concerned. A Polish take on surrealism emerged only with the reception of the movement by a Krakow-based group of artists. It was triggered by Kantor’s journey to Paris in 1947 and reinforced by the Exhibition of Contemporary Art (1948/49), before ultimately being adapted along the lines of metaphorical painting. The circle of artists around Kantor – who painted Supramovements, a work in this exhibition – looked towards France while searching for local traditions primarily in the oeuvre of the Krakow Group. Of course, as a result of the border shifts imposed by the Yalta Conference (February 1945), Lviv was almost completely cut off from the networks forming Poland’s artistic geography.

However, in the late 1920s and early 1930s, the Artes society had presented its own artistic model for adapting surrealist impulses. The value of the works produced by the Lviv-based artists was not to be found in reproductions of the original idiom (Parisian surrealism), but rather in the creative transformation, reworking and enrichment of that aesthetic in order to draw out new and different meanings from it in this local setting. A perfect example of how this artistic strategy was put into practice is evident in A Solider’s Farewell, a series of paintings referring to one moment in the history of Lviv. Another illustration of this strategy are the numerous ink drawings which, much like the “magic realism” of the world of Bruno Schulz, were heavily inspired by the most banal aspects of everyday urban life (see, for example, Conversation).

Surrealism circulated freely between the highly diverse strands of art produced within the Artes society. It corresponded, on the one hand, with elements of Léger’s aesthetics, while on the other hand it was incorporated into socially-engaged art, such as Strike (which played with the scale of representation, depicting hunger through the oversized fruits). The travels of various motifs are also evident in Sorcerer by a Green Cliff, which slips with ease between uncanny surrealism and documenting the social facts of life. The Lviv case thus reminds us that the adaptation of surrealist elements demands explanations that would verify the geohistorical difference of Central European artistic production in relation to Western -isms. Such an approach would necessarily renounce ideas of a homogeneous style.

The value of Streng’s images is not to be found in its reproduction of the original Parisian surrealism but in its transformation and localization of it. A perfect illustration of this is the series of paintings A Soldier’s Farewell. Positioned against an ostensibly undefined flat background, the figures are located in an uncanny surrealist atmosphere filled with foreboding about what lies ahead. A Solider’s Farewell draws on surrealist influences in order to depict the departure of the 30th Regiment of the Austrian Infantry (which included some soldiers from Lviv). Over time, this episode became a permanent feature of local culture-from-below and was often recalled in street songs and military songs, including the popular ‘March of Lviv Children’ (Marsz lwowskich dzieci). As Jerzy Habela and Zofia Kurzowa wrote, ‘military songs from this period describe the soldiers marching out of their barracks and Czerniakowski’s departure from Lviv railway station. The soldiers were accompanied by their mothers and wives, as well as by the music of the army band. The atmosphere at the station was filled with perplexity, uncertainty and disorientation.’ 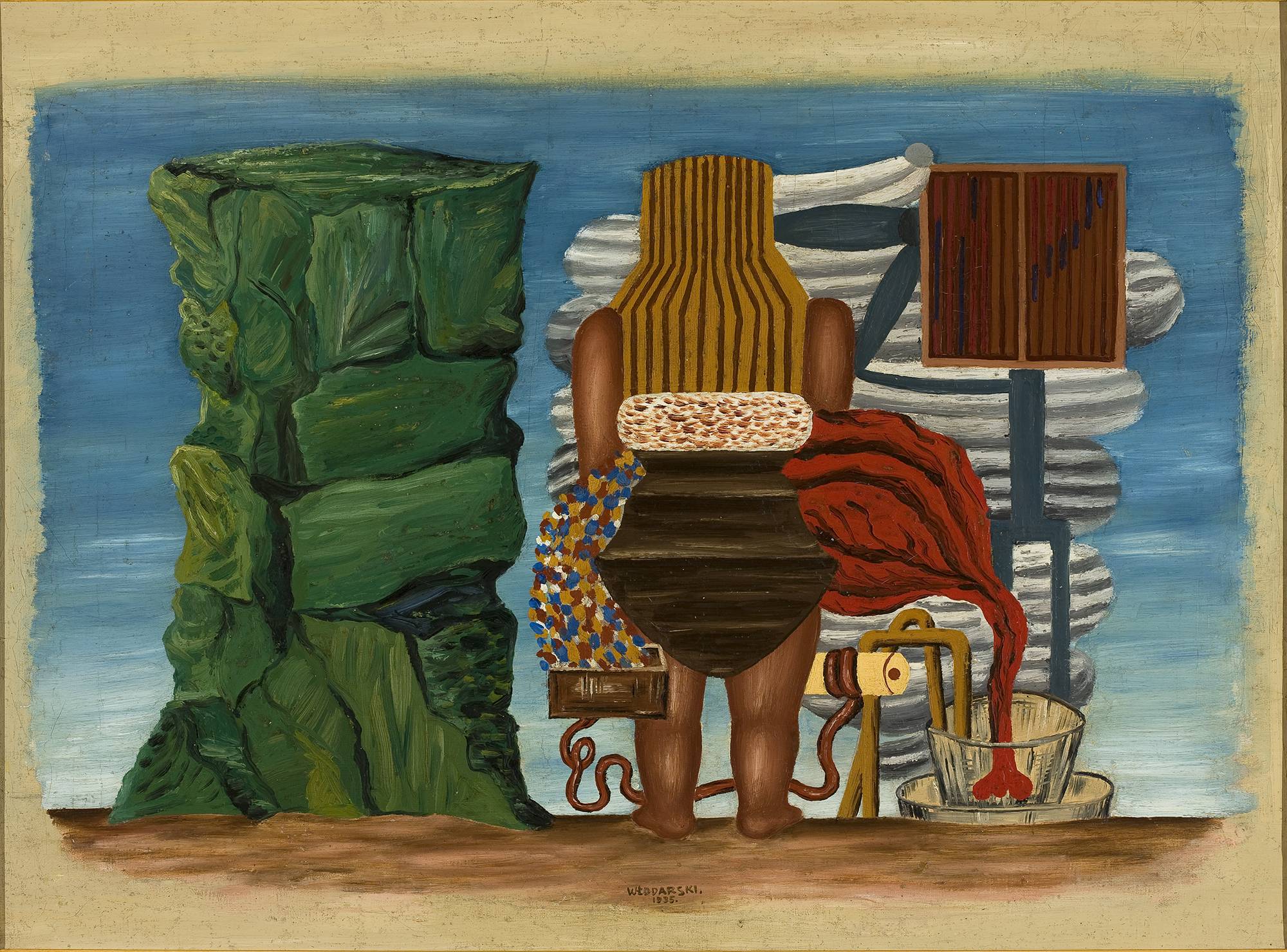 2. PARIS FOR PERSONAL USE
4. REALISM AND THE AVANT-GARDE