4. REALISM AND THE AVANT-GARDE

The interwar Sanation (Sanacja) governments and the Great Depression, which resulted in growing unemployment and social concerns, provided the backdrop for the engaged art of the 1930s. While the Krakow Group used the term ‘revolutionary art’, the members of Artes thought in terms of tendentious art, comparative factomontages (Tadeusz Wojciechowski) and factorealism, the realism of facts or New Realism (Henryk Streng). Only traces of this left-leaning Lviv-based grouping remain, largely in the form of artworks on paper. Nevertheless, it should be considered the most inspiring project producing engaged art prior to the emergence of Socialist Realism in postwar Poland. The Artes members developed an open project that was exceptionally complex and diverse.

There was an intriguing paradox at the heart of this idea. In their artistic practice, the members of Artes rejected conventional nineteenth-century Realism, immersing themselves instead in the rhetoric and aesthetics of radical 1920s Modernism, drawing in particular on the language of montage, including Sergei Eisenstein’s persuasive juxtaposition of film images. In their public statements, however, Streng and others rejected the Avant-Garde’s hermeticism and social isolation as bourgeois traits. One aim of New Realism was to develop a new language that would strip away the veil of convention. It was to be a direct, understandable language that would appeal to the working masses.

The works of the Lviv-based group constituted the most interesting realization of the idea of engaged art in 1930s Poland. Henryk Streng’s Image Demonstration and Four Interior Scenes both present individual ‘social facts’ and are a good example of comparative factomontage (incorporating the good and the bad). The simple drawings by Streng and Ludwik Lille offer the most straightforward exposition of ‘objects, facts, ideas’ by entering into dialogue with Leopold Lewicki’s analogous forms. Given the broad spectrum of artistic references, the Artes group employed montage in a variety of ways: it was used persuasively with political connotations (for example by Mieczysław Berman, member of the Warsaw Artists’ Group Phrygian Cap [Czapka Frygijska]), but was also favoured by Debora Vogel in her literary montages, and could even slip into surrealist contexts (as is evident in the world of Jerzy Janisch).

An important inspiration for the creator of factorealism was the theory of tendentious art. This was given its fullest expression by Tadeusz Wojciechowski, who argued that tendentious art should reveal social contradictions while valorizing particular attitudes, with factomontage providing the most valuable tool in this respect. As he wrote in Temat a sumienie artysty (The Subject and the Artist’s Conscience, 1935), it is ‘simultaneous composition that destroys “the unity of a moment in life” and undermines “the unity of reality within the picture frame”, while giving the artist at this juncture complete freedom in using objects, facts and ideas’. Comparative factomontage should reveal negative and desirable social tendencies, which is something that Streng sought to achieve in Image Demonstration (1933) and in small pieces on paper, such as Four Interior Sciences (1933). Like other members of Artes, Wojciechowski believed that social facts (attitudes, divisions, alienation) could not be depicted using the conventions of nineteenth-century Realism. On the contrary, tendentious art offered artists significant freedom. Their task was to ensure understanding, clarity of meaning and suggestiveness, but they were free to experiment with Avant-Garde and Modernist aesthetics to achieve this goal. He stated that they could ‘in composing an ideological narrative employ all means and devices learned in the course of constructing forms’. 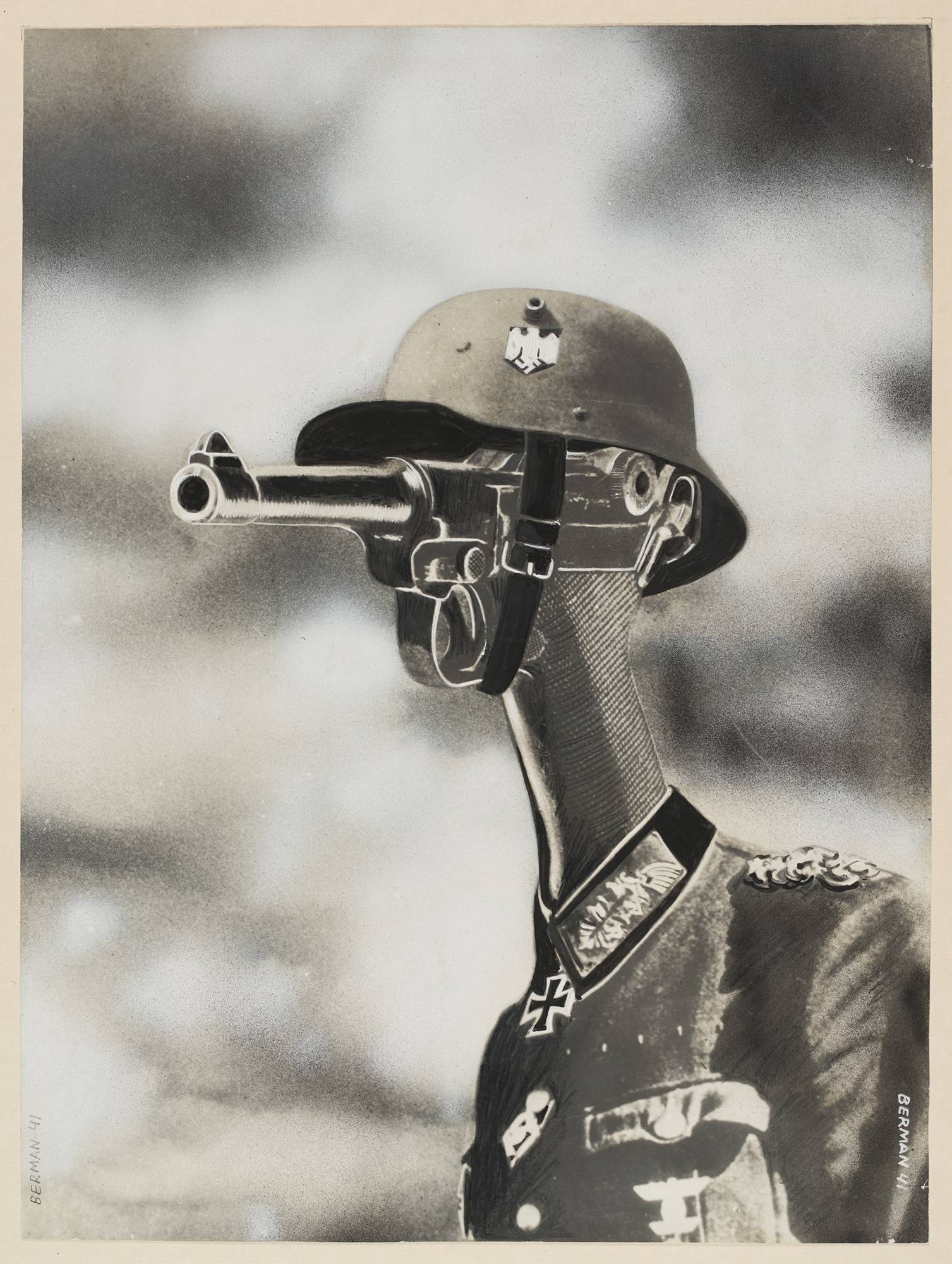