1. KRAKIDALY AND THE INNER-CITY SUBURBS OF LVIV

The works of the members of the Artes society (1929–35) were shaped two key influences: French Modernism and their deep-rooted connection to Lviv popular culture. In the artworks of Otto Hahn, Henryk Streng, Mieczysław Wysocki and others, the modern and the local meet in frictionless encounters. From this perspective, then, the city’s most famous thoroughfare, Akademicka Street (now Shevchenko Avenue), could be juxtaposed with the representation of the Jewish district.

Streng lived on Balonowa Street (now Haidamatska), close to the central marketplaces of the Krakidaly neighbourhood, which was known locally as Paris. It was a Jewish trading district, one that could be considered an ideal example of a ‘cultural junction’, to use Benjamin Harshav’s term, or of an ‘arena of integration’, following Eugenia Prokop-Janiec, involving the Jewish community and others. Here the Polish, Ukrainian and Yiddish languages could be heard, as well as the local Bałak dialect.

Streng’s drawings and small-scale works did not simply depict Polish-Jewish “folklore”; rather, they drew on it as a powerful source of identity. His works thus adopt a topographic perspective, one anchored in details and in what was typical for this hybrid culture. Streng’s attentions focused on everyday practices, on characteristic places and urban figures: a szymon (or caretaker) in an entranceway, a barber in a barbershop, a worker loading sacks, barflies, smokers and beer drinkers, and, last but not least, Lviv batiars (street musicians) playing accordions and mandolins. This rich repertoire of motifs also drew on a variety of iconographies (both Jewish and Christian), visual culture (the urban primitive style, featuring shop signs, adverts and murals), and on popular “low” culture, with the vitality of many such elements underscored by street songs.

Streng created The Street before studying at Académie Moderne, a fact that enables us us to consider the local adaptation of French art and the agency of non-Western artists. The composition employs a montage technique, meaning that the titular street (it could be Lviv’s main thoroughfare, Akademicka – now Shevchenko Avenue) can encompass various aspects of the city.

On the one hand, it depicts a modernized metropolis with a modern way of life. The painting features electric street lamps, a motorcar and a tram (known in Lviv as a balloon), elegant pedestrians, shop window displays and fancy shops (known locally as magazyny), as well as new leisure activities (Dancing Jazz Band), advertisements and forms of consumption (the inscription na raty means ‘in instalments’). On the other hand, however, The Street portrays a different side of the city. Alongside the elegant individuals there is a caretaker – a szymon – sweeping the street. Beside the city centre intelligentsia café Wiedeńska (Viennese) and its respected regulars (sztamgasty), the Pasaż cinema, which specialized in Westerns and adventure films, attracting the underworld, impoverished audiences and kinder (petty-criminal in Bałak), makes a rather surprising appearance.

A fascination with metropolitan modernity was something that Streng had in common with the Polish and European Modernism of the 1920s. At the same time, the interest that he showed in “low” popular culture in The Street was something that would become a central motif in his mature works, and thus left a longer-lasting impression on his art than the influence of Léger.

Interwar Lviv is a perfect example of what art historian Andrzej Turowski called the ‘scattered topography’ of Central European cities. In Fenomen nieostrości (Phenomenon of Fuzziness; 2009) he wrote that ‘what typified many such cities was their multilingualism, religious diversity, national and cultural mixing, and the way they maintained the distinctiveness of Eastern and Western traditions’. One Polish-Jewish artist was Jerzy Merkel. Born in Lviv (Austrian-controlled Lemberg at the time), he studied in Krakow and then worked in Vienna and Paris. Also active in Lviv, Krakow and Berlin was Zygmunt Menkes, who in the 1920s co-founded the École de Paris circle. Lviv itself became an important artistic centre, at the latest, around 1913, when it hosted the Exhibition of Futurists, Cubists and Expressionists, featuring Russian, German and Czech Modernists. The Artes society (1929–35) served as an important cultural melting pot in the city, with its members including Polish artists, Polish-Jewish artists, such as Henryk Streng, and Ukrainian artists, including Roman Sielski. The latter also put on exhibitions with the Association of Independent Ukrainian Artists (ANUM). Artes was written about in Polish and Yiddish at the time, with the group also collaborating with the Jewish Artistic-Literary Circle, while Streng provided illustrations for “montages” by Debora Vogel, an important Polish-Jewish writer and art theorist. 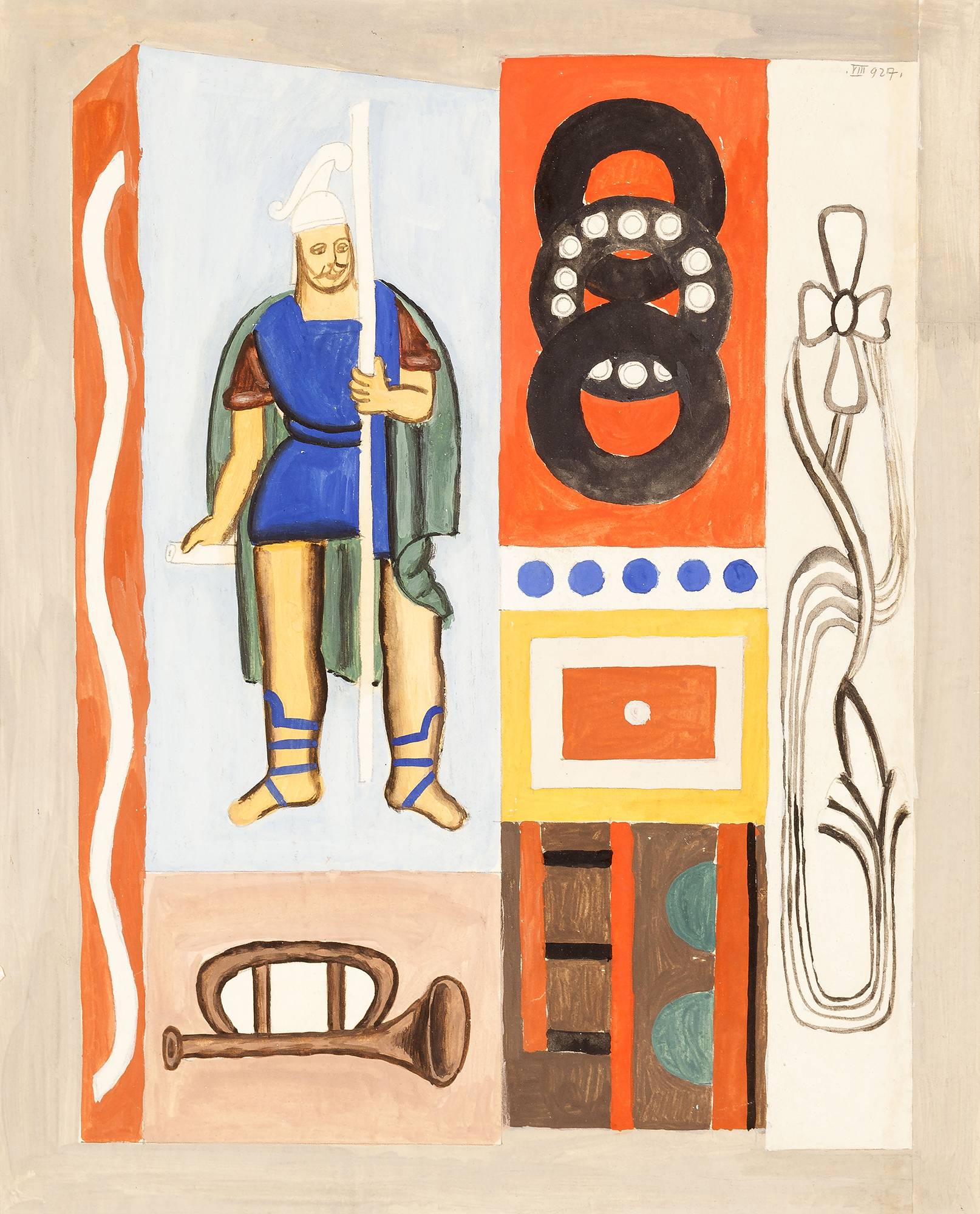 6. WAR AND HOLOCAUST IDENTITY
2. PARIS FOR PERSONAL USE